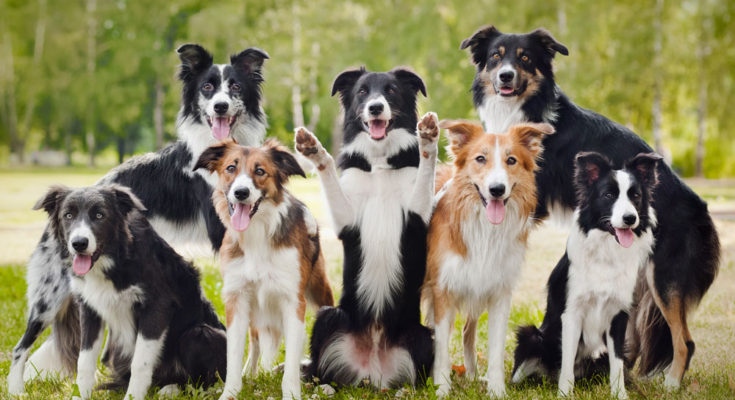 The Border Collie is descended from various collie-type dogs used for herding sheep in the British Isles. It originated along the border between England and Scotland, hence its name.

Sheepdogs have been present in the British Isles since Roman times, with different regions developing their own varieties. There have been Welsh sheepdogs, northern sheepdogs, Highland sheepdogs, and Scotch collies. “Collie” or “colley” is a Scottish word used to describe dogs used for herding sheep. The word “collie” probably comes from Scots Gaelic. It is also found in the Celtic language spoken in Scotland even earlier and meant “useful” – a good term for a farm dog. The term was applied to sheepdogs in Scotland in the 19th century.

Border Collies were originally called Scotch Sheep Dogs. With their stalking movement and intense gaze to control sheep, along with their natural instincts, they allowed farmers to keep large flocks. The breed as it exists today has been around for more than 100 years. Queen Victoria – a fan of all things Scottish – spotted a Border Collie on a trip to Scotland and became enthusiastic about the dogs. The attention the breed received increased the differences between the Border Collie and the Collie.

The term “Border Collie” was first used in the United Kingdom by the Secretary of the International Sheep Dog Society (ISDS) in 1915 to draw a distinction between the dogs registered by the ISDS and the Collie (including the rough and smooth-coated Collie) that was being registered by the Kennel Club. These dogs had originally come from similar stock but had developed a different look since they had started being exhibited at dog shows in 1860.

Many Border Collies today trace back to a dog named Old Hemp, a tricolor dog, who was whelped in Northumberland in 1893 and died in 1901. Old Hemp was said to be a powerful, quiet dog that sheep minded easily. His working style became synonymous with the Border Collie’s working style and he was widely used at stud. 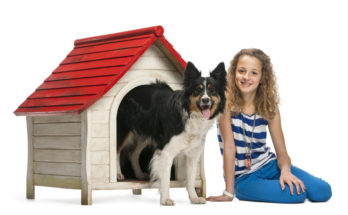 Border Collies and Children – Are They Good Family Pets?

View all posts by jonibecker →